Every Thursday Adafruit runs “3D Printing Thursday” on their blog posting “All the news that’s fit to 3D print.” And every Thursday my lack of a 3D printer grew into a bigger and bigger void deep in my soul. The combination of a small budget and strong desire not to spend money on a piece of junk  left me with an empty space on my workbench.

I still don’t see anything on the market at the ~$500 price point with such a high-quality frame and solid print quality. It was (and still is) the perfect entry into 3D printing. I bought mine already assembled and had little trouble following the online instructions to get it up and running. This is still far from a mass-market product, but for anybody with some technical inclination, a willingness to learn and a bit of enthusiasm it the perfect way to spend all those hours you should be sleeping. Watching every printrbot YouTube video before getting the printer doesn’t hurt either. (See bottom of post for the most useful videos) 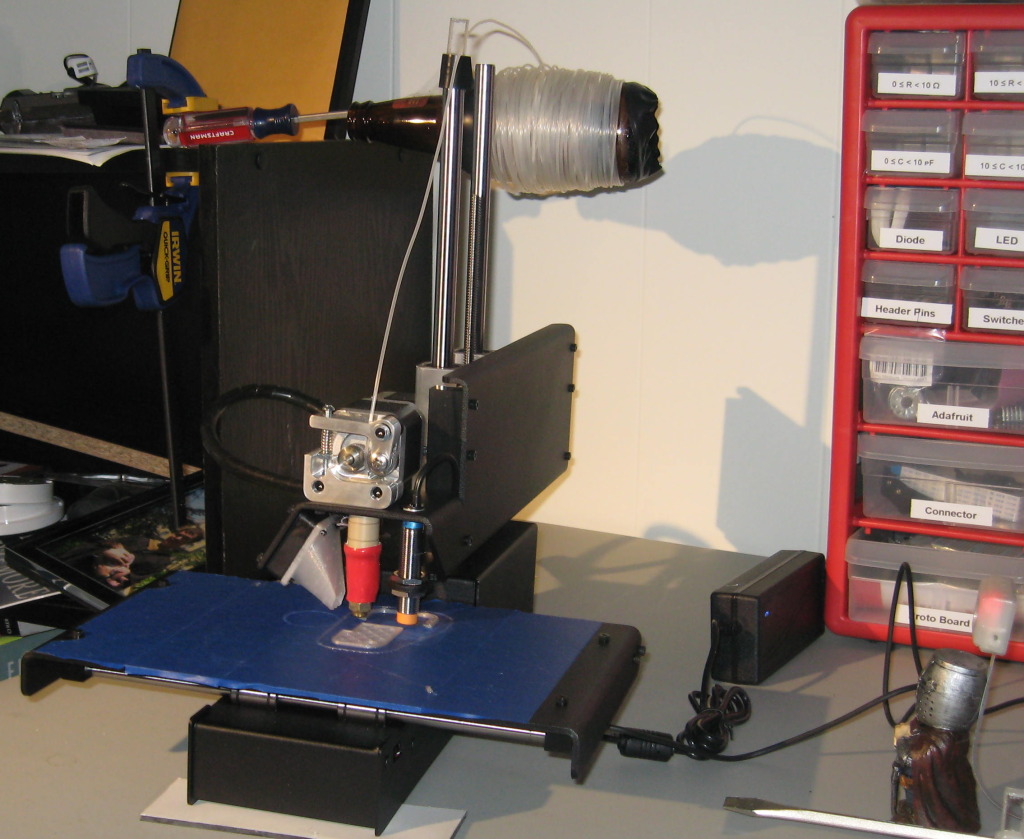 I was pleased with the amount of PLA filament they included. It was certainly enough to print a few fan shrouds and owls. It took me some time to get used to the idea of slicing an STL file, saving the g-code and telling the printer to run the g-code. Running Repetier Host with Silc3r was probably the right way to start out. Although separating my slicer from my printer host is a much nicer solution. I’m now running OctoPrint on a RaspberryPi to control the printer and just slicing on a separate computer.

My first print was the fan shroud seen in the picture above. That g-code was downloaded directly from the Printrbot website and the print quality was decent. For my second print I downloaded the owl I saw in Cam Watt’s video (linked below). I sent that through Slic3r with a 0.1mm layer height and started printing. I came back a few hours later to find PLA spaghetti all over the printer and half of an owl was laying on the bench (my unspooled filament had gotten tangled up, emphasizing the need for highly engineered filament spool & spool holder). After my initial shock and disappointment I looked at the half-owl that did print and I was blown away by the quality. It was at least as good as any 3D print I had seen online. I immediately scaled down the owl model and starting printing again. 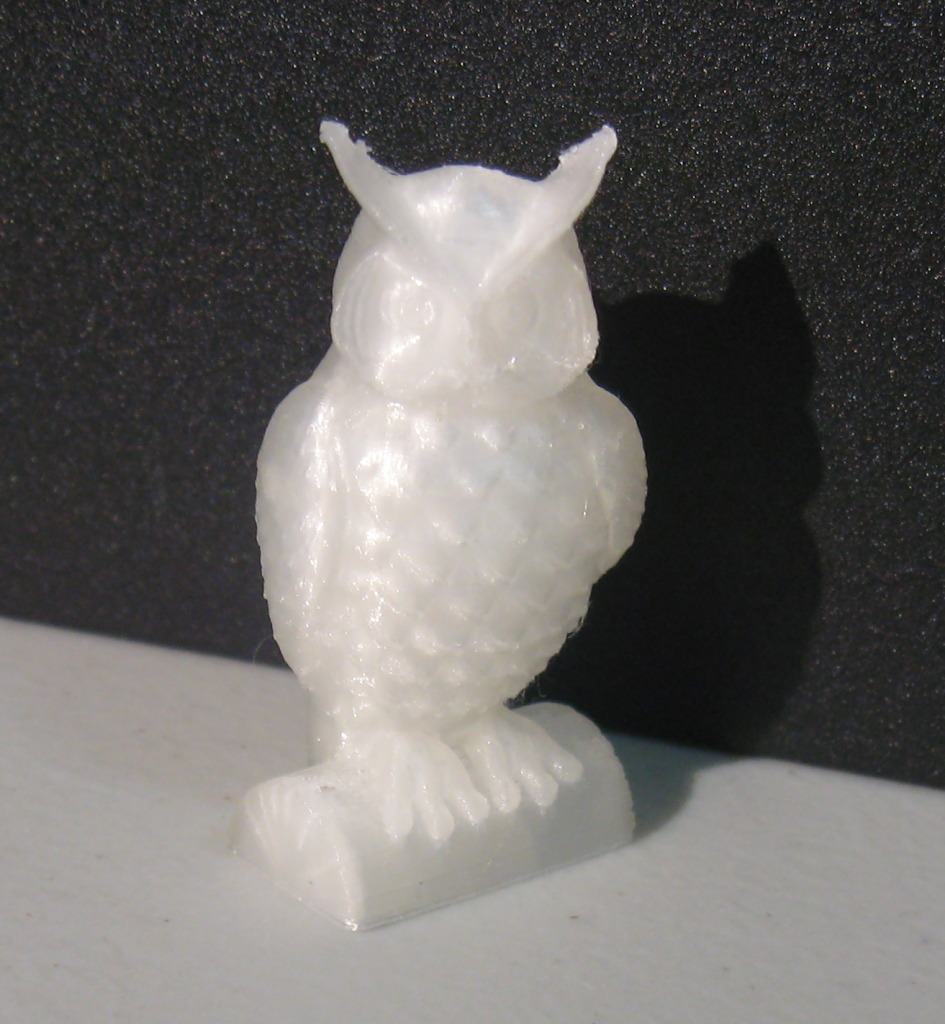 I finally had a functional, good-quality 3D printer. That was just the beginning of the adventure. I quickly decided I didn’t like the feel of PLA and needed some upgrades to print ABS. (I might have mistakenly ordered 2kg of ABS filament instead of PLA as well which helped push me towards the heated bed.)

Now 3D Printing Thursday is the best day of the week!