After the initial prototype of the Neopixel juggling was well received by the few jugglers I know, it was time for a custom PCB. As usual I tried adding more features than I needed (I need pads for an accelerometer, you know, to future proof it) and forgot some critical components (e.g. the actual Neopixels, an on/off switch, etc.)

The board worked well and I quickly had a much more compact version of the rats nest that was the initial prototype. Once I design a mounting plate for this everything should be ready to go for the first run of real, working reactive juggling balls. 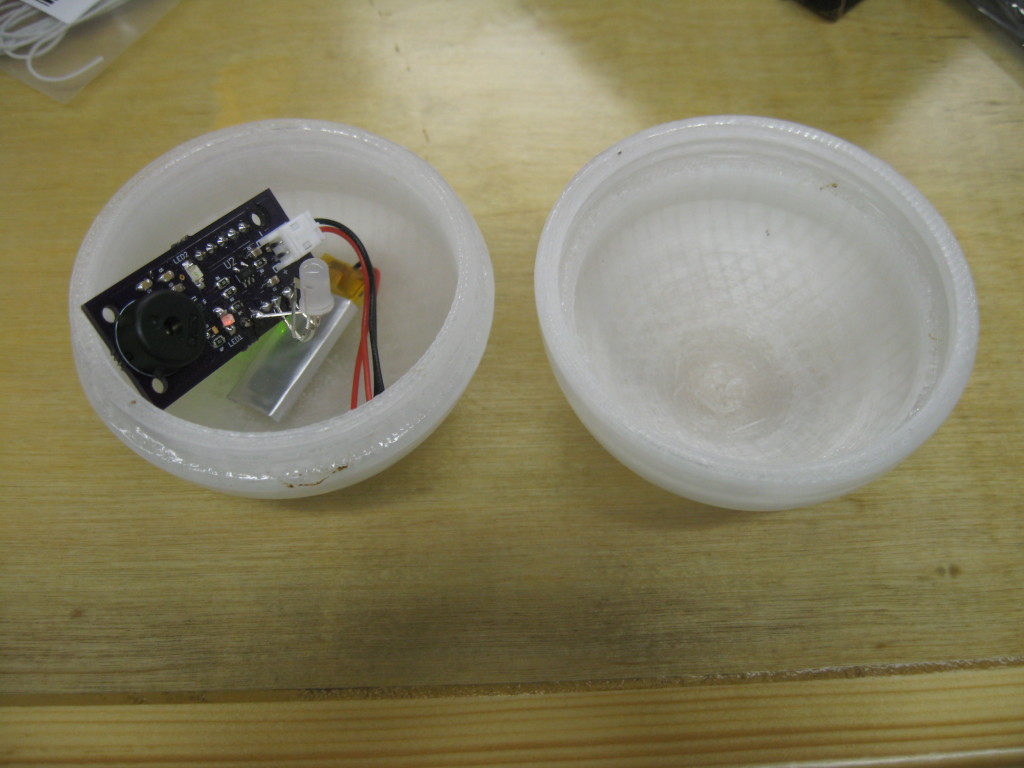 Custom PCB much cleaner than breadboarding

It was apparent from the get go that these things were going to get dropped. The first few drops on carpet were no big deal, but wood floors and concrete were a different story. The balls never broke, but they made stomach-wrenching cracking sort of sound that did not inspire much confidence. I conducted some drop test experiments with 3 balls printed months apart to find out how durable these things were. I chose heights of 8′ and 13′ since most people juggle with an apex above their head, and 13′ was as high as I could reasonably test. If you’re juggling higher than 13′ you’re on your own for now.

One ball failed (cracked apart at the interface of the threaded and non-threaded section) after 3 drops at 8′. The remaining balls held together through 5 drops at 8′ and 5 drops at 13′. One of these did pop open after a 13′ drop, but it was screwed back together and survived 5 additional drops at 13′.

Overall I’m pleased with the results. The threads are clearly the weakest point as we should probably expect. If I design a PCB mounting plate that can wedge against the middle (the threaded part of the ball) then it should provide some additional support that may improve durability.

Stay tuned to find out if I’m able to ward off feature creep and actually ship this thing.